With Viotek FastPad wireless charger pad, you’ll never again be told that you’re charging your phone wrong! Enjoy the benefit of fast charging across both major mobile platforms that support the Qi standard — iOS and Android.

Who would ever think to hear those words? But when Chris Matyszczyk from ZDNet’s Technically Incorrect walked into an Apple Store to fix his iPhone’s charging problems, that’s exactly what he heard.

I explained my problem to an Apple Genius. I even showed him by plugging my iPhone 6 into a store Lightning cable.
“There’s your problem. [. . .]
You’re charging it wrong. [. . .] You’re too aggressive. These ports weren’t designed for shoving. It’s a gentle process,” he said.
Then, he took out his own iPhone and, with a watchmaker’s gentle precision, he showed me.
“Pin on the edge, then slide. See?”

Apple introduced its lightning cable specifically to make charging easier. The 8-signal design of the lightning cable meant that it could work in both orientations. You would never again need to worry if you’ve inserted the plug wrong-way-up. This was a problem too familiar with anyone using a micro or mini USB cable. 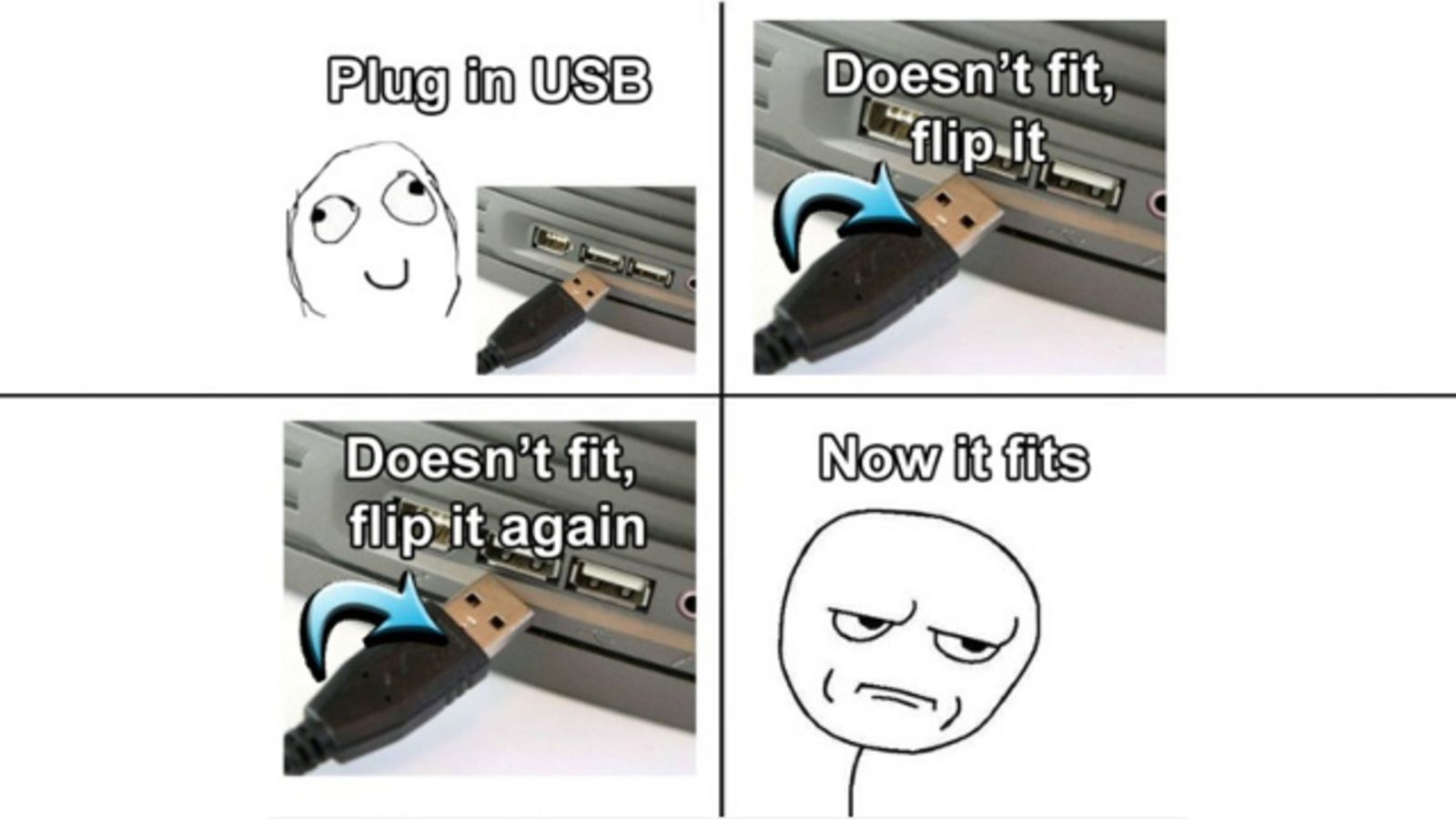 The struggle was too real.

That’s all well and good. But now iPhone users have to worry about whether they’re “too aggressive” with their charging?

What’s next? “Sir, you are being far too rude to your charging port. You need to smile when plugging it in!”

Maybe we are charging our phones wrong?

Maybe it is time for something newer, simpler?

Wireless Charger: Set It and Forget It

Most smartphones come with their own modest charging accessories. If you’ve had a smartphone for several years, you’ve likely amassed several chargers and plugs. You might even find yourself buried in a charging accessory graveyard, in large part due to changing technologies.

Apple decides to switch from its 30-pin dock connector to lightning? There go all your old chargers and here come all the replacements!

Samsung or HTC switches from mini USB to micro USB? And then from micro USB to USB-C? More accessories.

The Viotek FastPad eliminates all that.

“I have an iPhone now? But I’m thinking about getting a Galaxy Note 9 when it comes out. Am I up the creek?”

We got some good news for you!

It’s considered by many to be the technology battle of the age — Android v. iOS. Most see this debate in black-and-white terms. You either have an iPhone or you have an Android. (Some people even take it further by viewing Samsung as the only Android option.)

But that’s not entirely the case.

According to a ConsumerMetrix report, Android v. Apple: Household Ownership and Personal Usage, nearly a third of U.S. homes own one or more devices on both platforms. Even more interestingly, up to 20% of people claim to use both iOS and Android at least on a weekly basis.

The FastPad wireless charger can quick-charge at the wattages needed for both major mobile platforms: 7.5W for Apple, 10W for Android. It’s perfect as an iPhone X wireless charger, Samsung Galaxy S8 charger — even as a LG G6 wireless charging mat.

FastPads aren’t picky with brands or models. If your device is Qi-enabled, you’re good to go. But you can check your device compatibility here: /fastpad-phone-comparability-list/.
But the idea of wireless charging comes with its own set of questions that everyone asks. 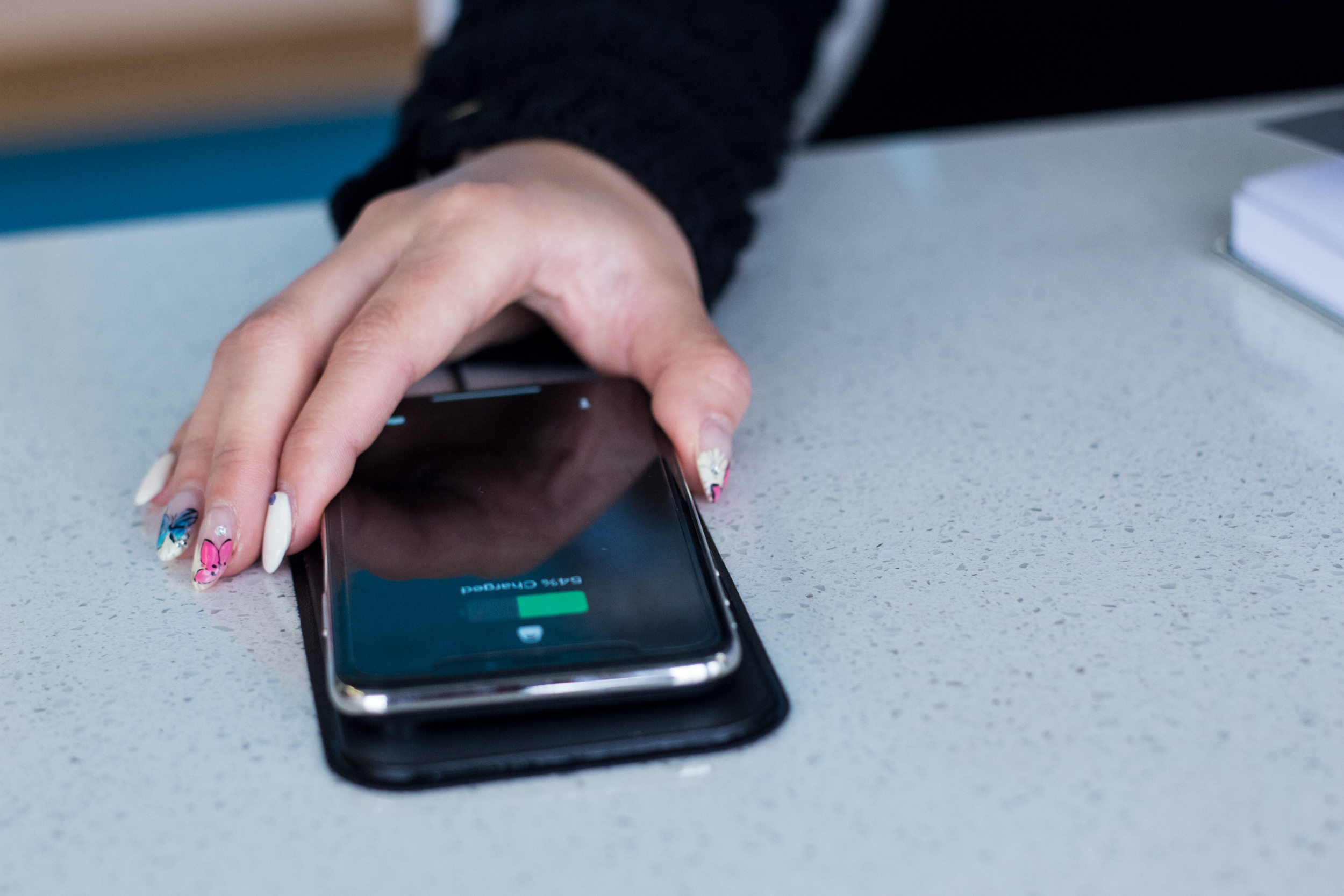 A common concern with wireless charging is that it will degrade batteries faster. Indeed, Apple reminds us about the limitations of rechargeable batteries:

All rechargeable batteries have a limited lifespan and may eventually need to be serviced or recycled.

Your battery is designed to retain up to 80% of its original capacity at 500 complete charge cycles.

Not according to Menno Treffers, chairman of the Wireless Power Consortium. In a Digital Trends article, he stated:

“A phone’s battery is not drained when you use it while charging wirelessly. This is a misunderstanding.” 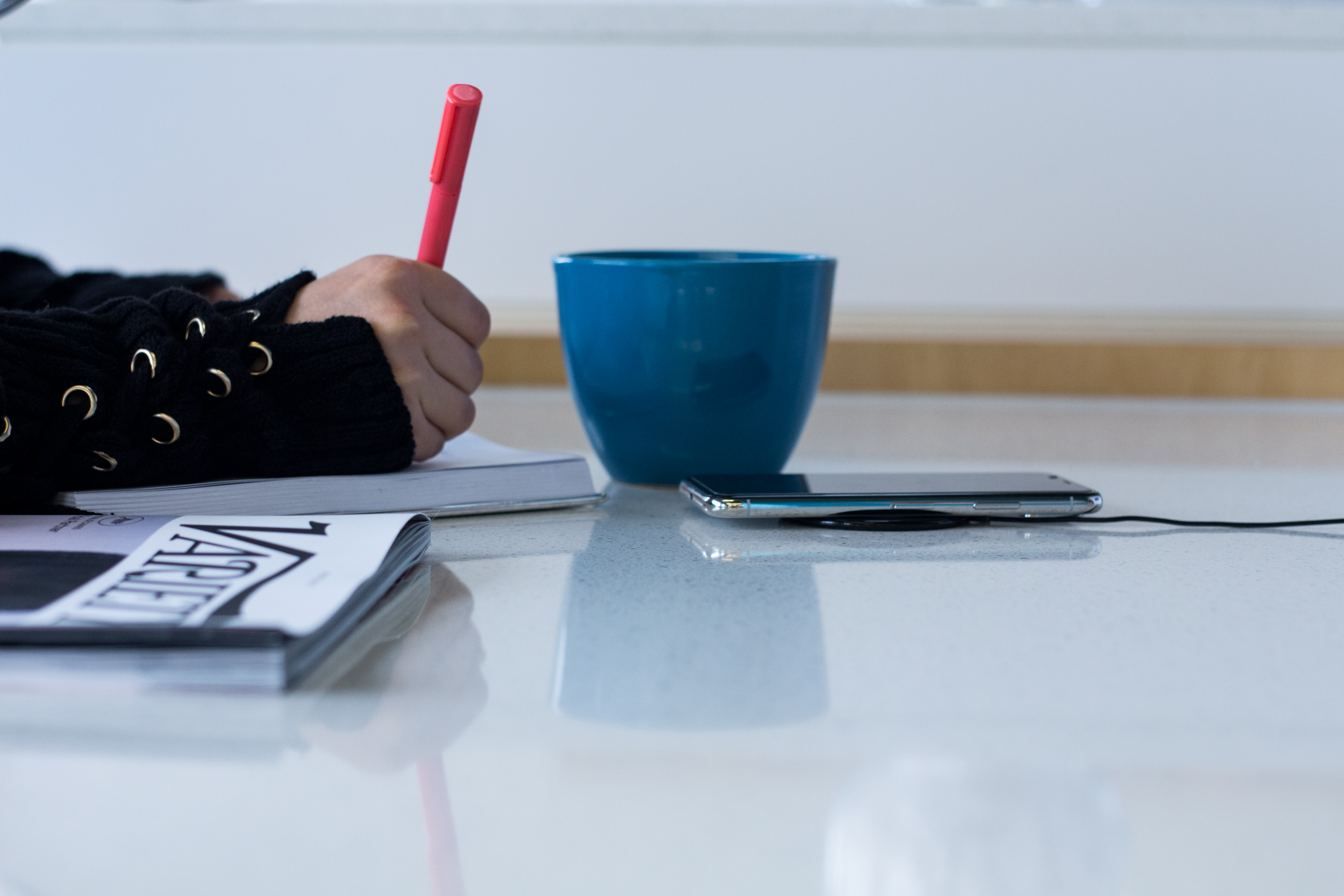 Can You Overcharge Your Battery?

There’s nothing better than being able to set it and forget it when it comes to charging your smartphone. But that poses some questions: Is leaving your phone on a wireless charging mat overnight dangerous? Will it overcharge and damage the battery?

Not according to Dr. Daniel Abraham, a senior scientist at the Argonne Laboratory science and engineering research center.

It’s not possible to exceed these limits by leaving your phone on the wireless charging pad for too long, or by leaving it plugged in overnight.

But most people are concerned with heat. We’ve all picked up our phones before and felt that it was warm or, even worse, hot. Again, Menno Treffers explains:

“Most phone batteries are damaged by exposure to heat, which is why it’s important to ensure that the charger is Qi-certified,” Treffers explained. “Certified devices are tested rigorously [ . . .] — this helps to ensure that temperatures do not rise to dangerous or damaging levels.”

Our FastPads are Qi-certified and MFi-certified. We’ve taken safety a step further with our USB-integrated circuitry (IC) technology. The chip and majority of electrical components reside in the USB plug itself. So when your smartphone is fully charged, the FastPad stops transferring power.

So what does this mean?

It means gone are the days of picking up your phone after charging and noticing it’s warm or, worse, hot.

With this IC technology, FastPads keep their temperature regulated within 40°F to help prevent battery damage due to heat. They’re engineered to keep harmful radiation away from your body. And they’re IP67 rating means they can withstand spills. 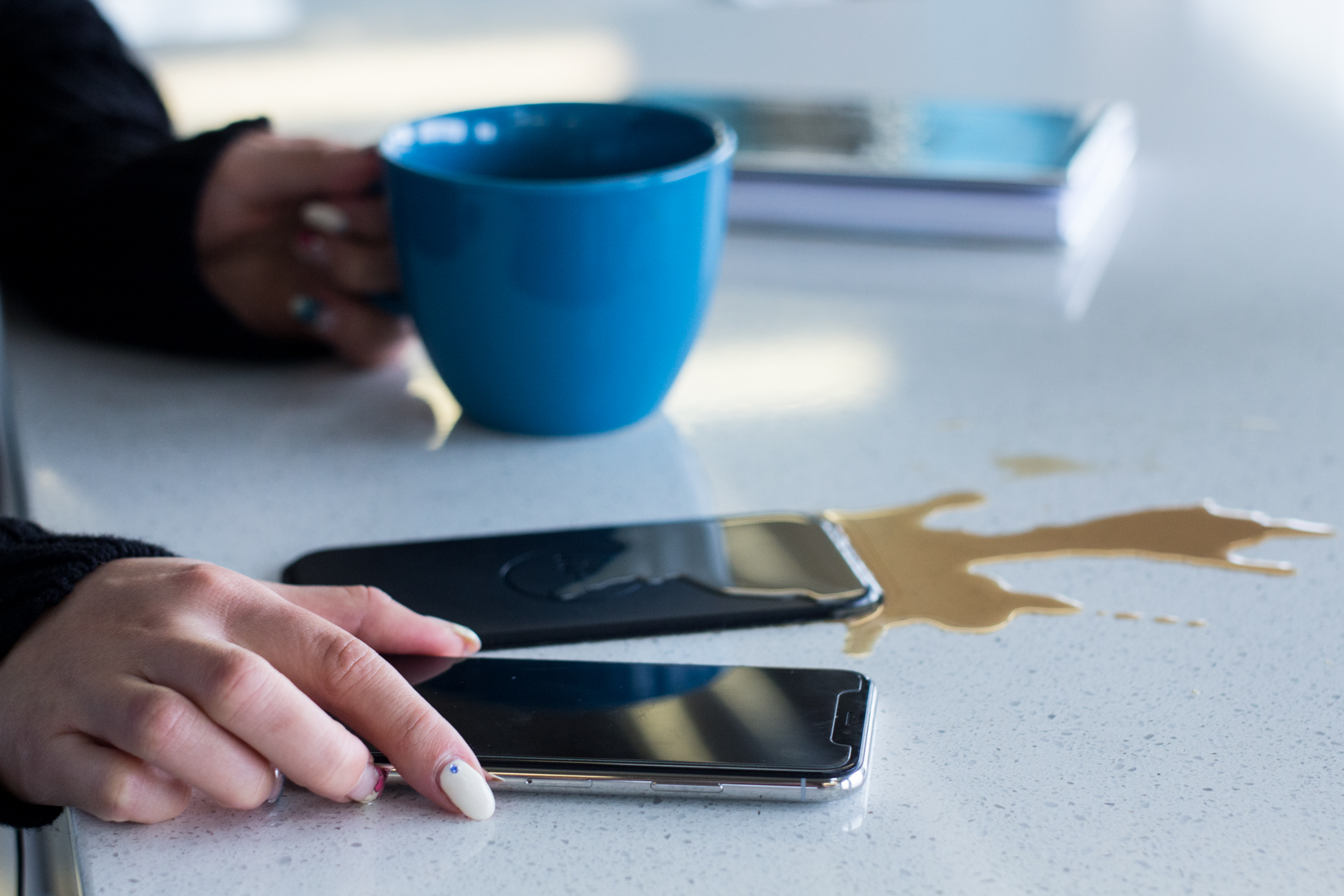 The concept of wireless charging has been around for a long time. Electric power pioneer Nikola Tesla proved it was possible in the 19th century. But the technology has made significant inroads in the consumer electronic market and Viotek is leading the way with our FastPad wireless charging pad.

Hassle-free fastcharging isn’t something you need to wish for. You can have it — today. Whether you need that Samsung Galaxy wireless charging pad or a wireless iPhone 8 charging mat — or both! — you’ll have everything you need with the FastPad Ultra-Slim Qi Wireless Charging Pad to live that wireless life.